What Was the First Billion Dollar Company? A Short History of Market Cap Milestones

The market capitalisations of the tech giants Apple, Amazon, Alphabet and Microsoft have each soared towards a trillion dollars, sparking speculation as to which company will be the first to reach a 13-digit market cap.

Is there anything meaningful to say about the attainment of such large round numbers? At the very least, these markers provide a snapshot into different eras. And as the following chart shows, different industries have previously produced the first company to exceed other milestones, which we keep throughout at nominal valuations.

The Closest Market Cap Milestone Race Since the 1950s

The sequence broadly tracks the technological frontier of the US economy: demand for raw materials propelled US Steel over the $1 billion mark at the start of the 20th century; manufacturing pushed General Motors to $10 billion; computer hardware accounted for the next waypoint, with IBM’s market cap reaching $100 billion in 1987; and computer software took Microsoft to $500 billion before the dotcom bubble burst. It follows, then, that the contenders for the $1 trillion mark include the largest firms in internet services.

A review of the CRSP database on US-listed public securities shows that the market cap milestone race hasn’t been this close since the 1950s, when GM, Du Pont, AT&T and the Standard Oil Company of New Jersey were clustered closely around $10bn. In the race to $100bn and $500bn, IBM and Microsoft were well ahead of the next three largest companies. 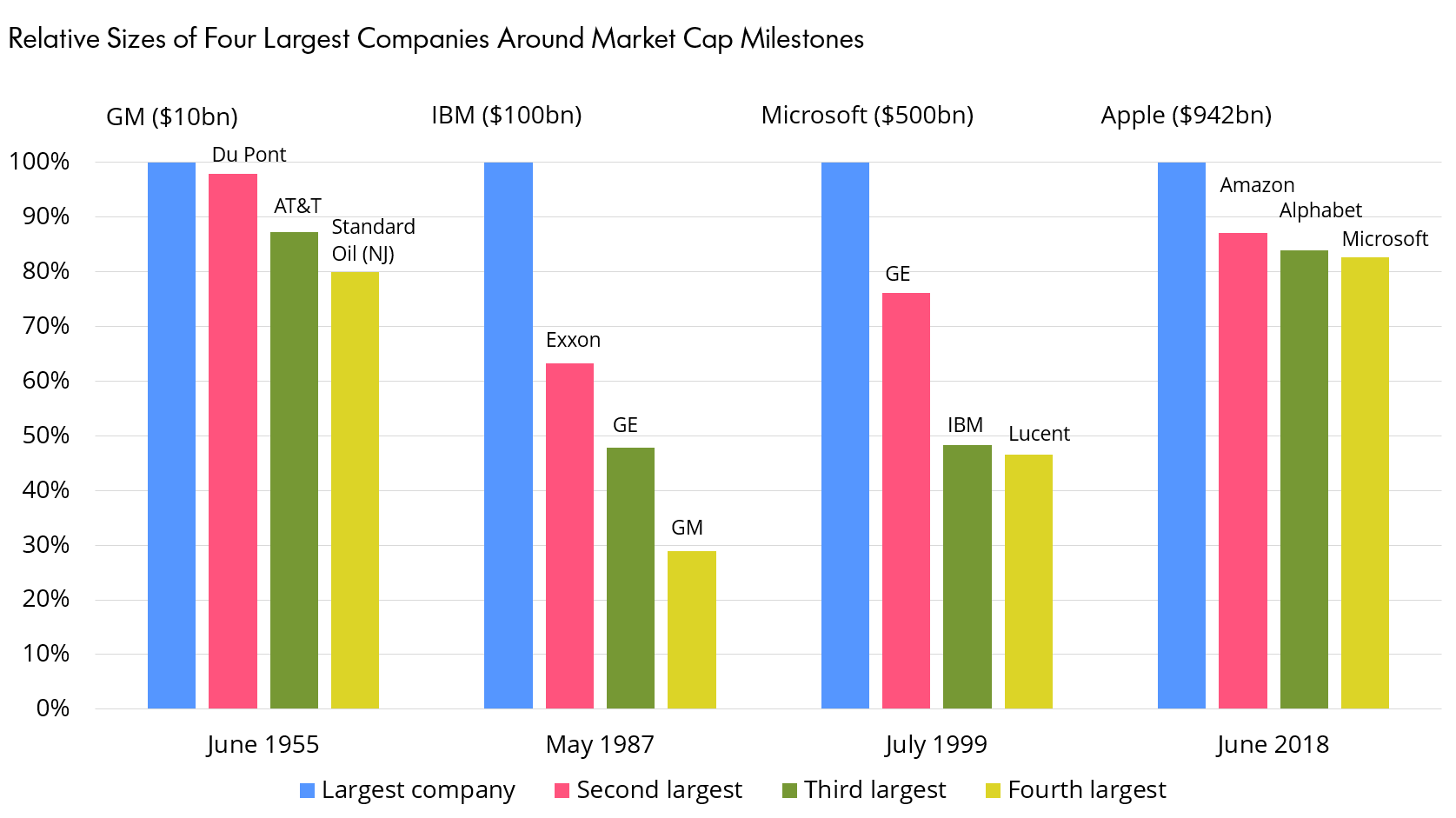 Sources: CRSP, Bloomberg. The Standard Oil Company of New Jersey changed its name to Exxon in 1972. 2018 valuations as at June 11.

How have early milestone crossers tended to fare? The following chart shows the performance of our first $10bn, $100bn and $500bn companies relative to the Dow Jones Industrial Average in the decade after crossing their respective valuation milestones. 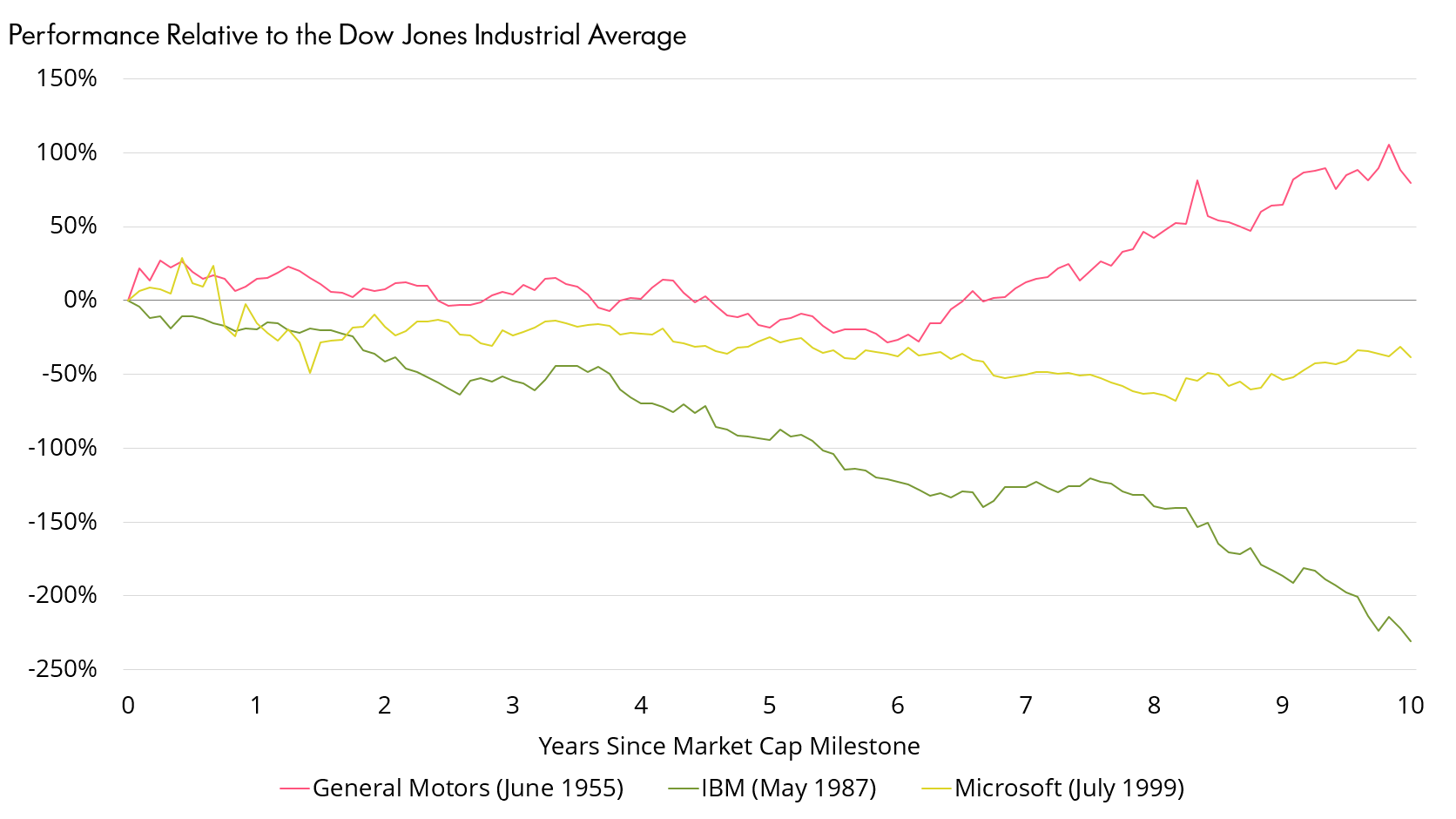 The psychology literature describes the existence of anchoring effects in finance, whereby investors can place undue weight on round numbers. However, a quick look at this very small sample reveals no pattern. This might suggest that – while these milestones make good headlines – markets could pay more attention to other factors.