US Protectionism in Four Charts

Understanding long-term patterns in global trade can serve as a useful window into economic and financial market developments.

Take President Donald Trump’s “America First” rhetoric over global trade barriers. A wide-angle look at the historical record shows that the Republican Party’s shift to protectionism echoes its former stance, but that a substantial majority of US citizens appear to be in favour of free trade.

Trade has surged as tariffs have bottomed out 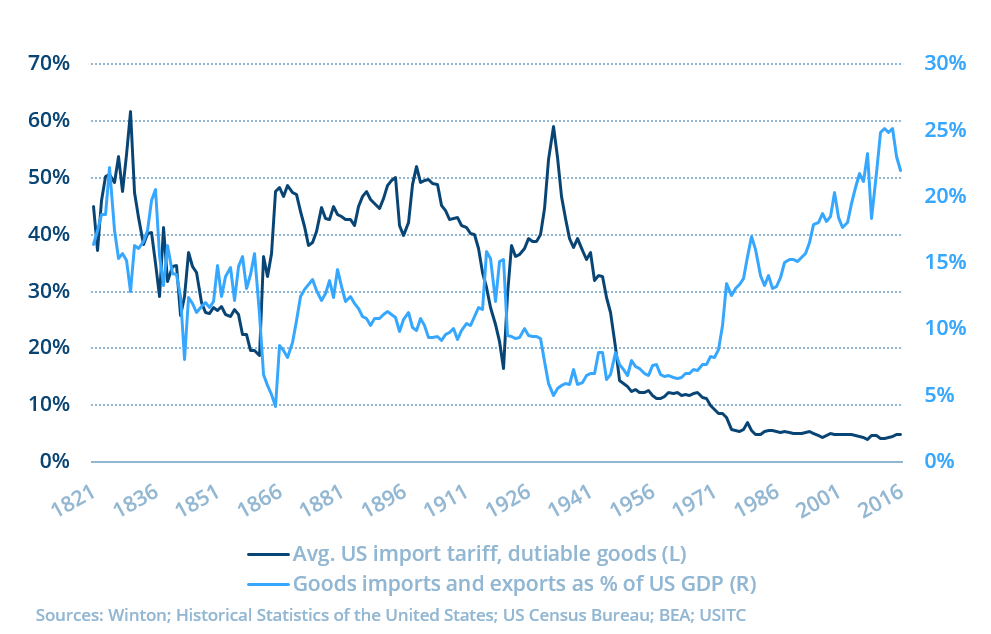 The United States helped to spur a long, global shift towards trade liberalisation from the 1940s, resulting in the historically low barriers that prevail today. Yet for most of the preceding century its economy was far less open. Following the Napoleonic Wars, the US introduced tariffs to protect its nascent manufacturing sector. Pressure from the agricultural, slaveholding south drove tariffs down from the 1830s onwards, but they rose as the Republicans implemented their industrial strategy during the 1860s.

Around the turn of the century they fell once again. With the onset of the Great Depression, however, Republicans passed the Smoot-Hawley Tariff, which hiked duties. After World War II, although other barriers like quotas were still used, tariffs were rapidly lowered. At the same time, overall trade in US merchandise imports and exports has grown steadily as a proportion of gross domestic product.

The party championing free trade has changed over time 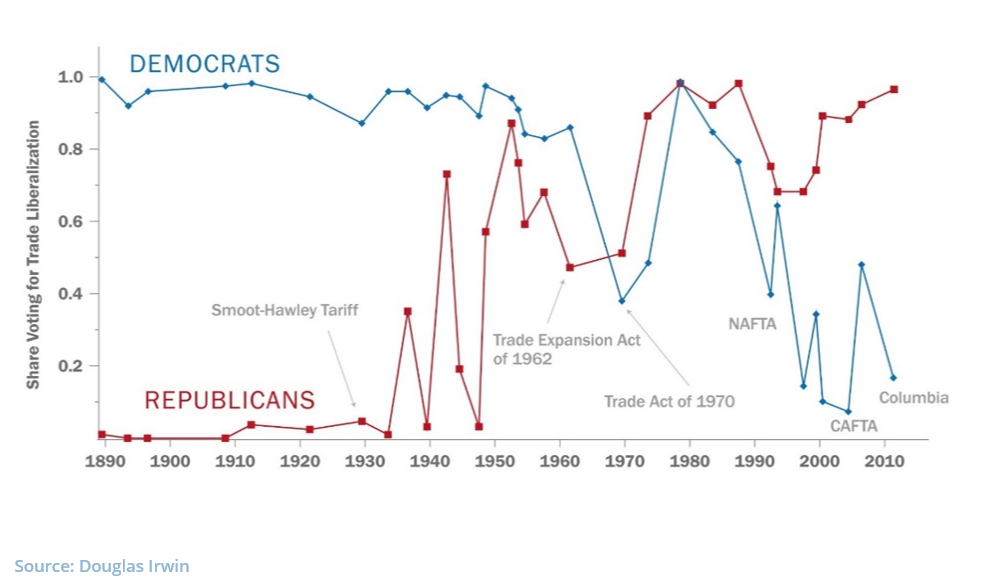 The shift to protectionism embodied in the Trump administration has returned the Republican Party to a policy stance that it espoused in the last century. In the years following World War II, both parties tended to support free trade, but later there was some divergence, as Republicans backed big business and Democrats represented organised labour.

But before World War II, the Republicans’ northern industrial power base demanded support for higher tariffs, as manufacturers sought protection from European competitors. Democrats, by contrast, represented farmers whose production costs were far lower than their European counterparts’, and who therefore gained from integration.

Before the rise of Chinese competition, Japanese imports were the big threat 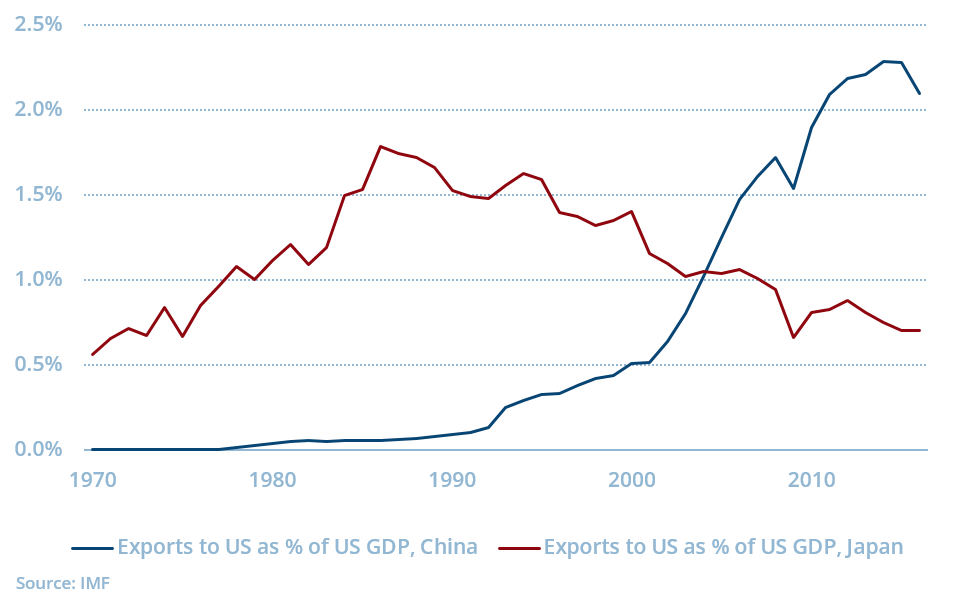 Decades before Donald Trump’s criticism of US trade policies with China, Japanese imports sparked controversy. In the post-war years, American manufacturers complained they were being undercut by the rising industrial power of Japan. In response, American negotiators pushed Japan to agree voluntarily to restrict exports of a range of goods to the US, while pressing for US access to protected Japanese markets. In fact, one of Ronald Reagan’s first acts as president was to forge such an agreement, which limited the flow of Japanese cars into the US to protect struggling American automakers. 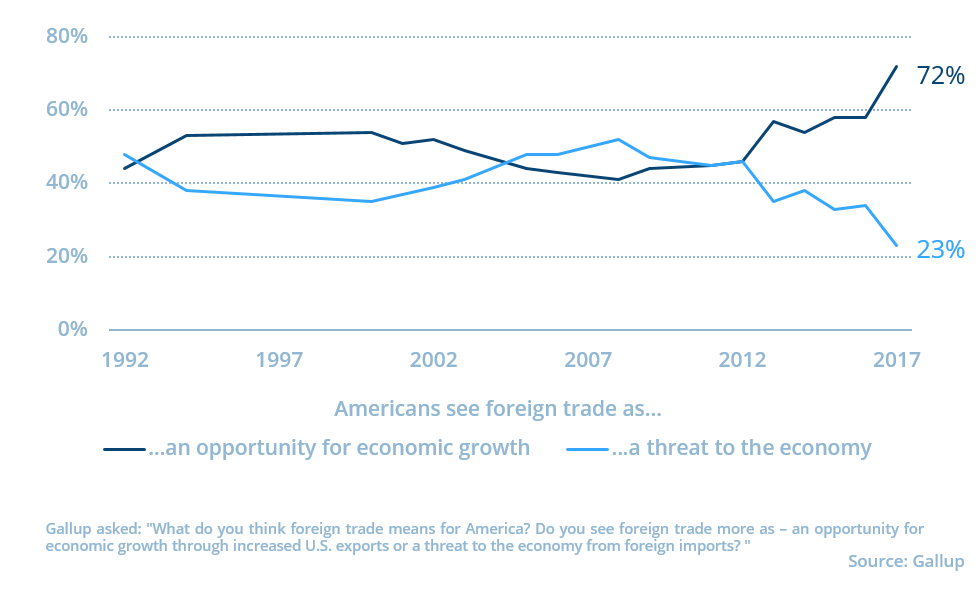 Despite the negative attention international trade has received in recent years, a record share of Americans—over 70%—see it as an opportunity, according to a recent Gallup poll. This is a sharp departure from the mid-2000s, when a majority saw it as a threat. 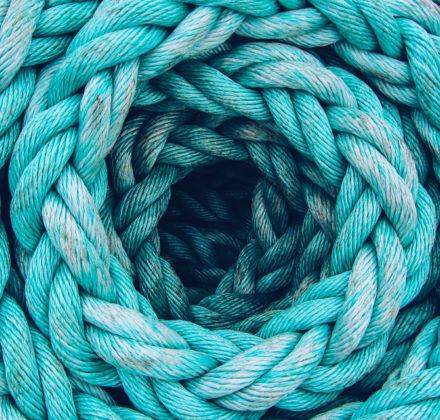 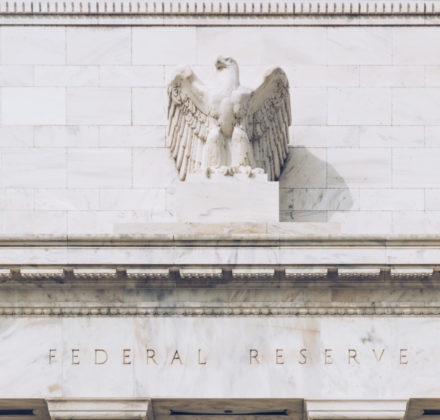