How Safe Are Your “Safe Haven” Investments Really?

“Safe haven” assets describe those deemed to provide shelter from stock market turmoil. But such investments have at times sustained heavy losses.

Precious metals, government bonds and certain currencies are often popular when macroeconomic and geopolitical concerns come to the fore, but the data suggests that these investments should not be considered “safe” and that their diversifying properties cannot be taken for granted.

The three biggest peak-to-trough losses since 1990 for six investments typically considered to be safe havens are detailed in the table below. All six of these assets have delivered double-digit drawdowns to investors at some point over the past three decades, while five out of six have lost more than a fifth of their value on at least one occasion.

Precious metals are often considered the archetypal safe haven; but gold and silver fare particularly badly on this measure, given they have delivered stock market-like losses on multiple occasions.

Source: Winton, Bloomberg, as at 25 October 2019. GBP spot prices are used for gold, silver, US dollar and Swiss franc. Assumes 3-month USD and CHF LIBOR is earned daily on US dollar and Swiss franc holdings, respectively, and is reinvested daily. The ICE BofAML UK Gilt Index is used for gilts and the ICE BofAML US Treasury Index converted to GBP is used for US Treasuries. US Treasuries are assumed to not be currency hedged. Days to recovery include only trading days.

Gilts – so-called because they were once issued as certificates with gilded edges – hold up comparatively well in the previous table, with only one double-digit loss since 1990. Denominated in sterling and backed by the British government, these bonds are considered to be low-risk investments for UK savers and are thought to offer diversification for equities.

A mostly negative correlation between gilts and UK equities over the past 20 years explains why gilts have earned the reputation of being a good complement for stock investments – when equities have gone down, bonds have tended to go up, and vice versa. But this has not always been the case: before the turn of the century, gilts and UK equities were mostly positively correlated, thus greatly reducing the value of holding these assets alongside one another.

Rolling 120-day correlation between UK equities and gilts since 1975

Source: Winton, as at 25 October 2019. Rolling 120-day correlations are calculated using FTSE 100 and gilt futures closing prices that Winton has back-extended to 1975.

As our drawdown analysis shows, typical safe-haven investments have often proved to be nothing of the kind. In fact, they have produced several large and sustained double-digit losses over the last three decades. Moreover, market behaviour changes over time, so while some of these investments have provided diversification in the past, there is no guarantee that they will continue to do so.

The Winton Absolute Return Futures Fund aims to avoid such rigid and flawed assumptions. Instead, the fund’s strategy takes long and short positions in all the safe havens discussed in this article, along with another 120 markets, to construct a diversified, dynamically risk-managed portfolio that aims to deliver returns in a range of market environments.

Find out more about the fund and the role it can play in your clients’ portfolios.

Important Information: The Winton Absolute Return Futures Fund (the "Fund") is a sub-fund of Winton UCITS Funds ICAV (the "Company"). The Company is authorised by the Central Bank of Ireland as an undertaking for collective investment in Transferable Securities pursuant to the UCITS Regulations. This webpage is prepared by Winton Capital Management Limited ("Winton") which is authorised and regulated in the United Kingdom by the Financial Conduct Authority. Registered Office: 20 Old Bailey, London EC4M 7AN.

This webpage is a summary only and potential investors must refer to the prospectus, the supplement and the Key Investor Information Document ("KIID") for the Fund. This webpage is not a recommendation to purchase or sell any investments.

The Fund currently has or intends to have more than 35% of its total holdings in bonds issued by or guaranteed by: EU member state, by its local authorities, by any other OECD member state, or by any public international body of which one or more EU member states are members.

The value of an investment and any income derived from it can go down as well as up and investors may not get back their original amount invested. The information on this webpage is believed to be materially correct but Winton makes no representation or warranty as to its accuracy or completeness and accepts no liability for any inaccuracy or omission. This material is not suitable for distribution in the United States or to US Persons.

Who is the Fund for?

- Absolute return – The Fund aims to provide positive returns over a rolling three-year period, but a positive return is not guaranteed over any time period and capital is at risk.
- Derivatives – The Fund invests in futures and forwards, which are financial derivative instruments that can increase the size of gains and losses.
- Commodity-related and macroeconomic risk – The Fund will gain exposure to the performance of equity indices, government bonds, interest rates, currencies and commodities, all of which can be volatile and influenced by economic and political developments.
- Process risk – There may be issues with the systems and mathematical models that Winton uses to implement the Fund's strategy or the processes and procedures related to those systems.

A more comprehensive list of risks is provided in the Company's prospectus and Fund supplement. 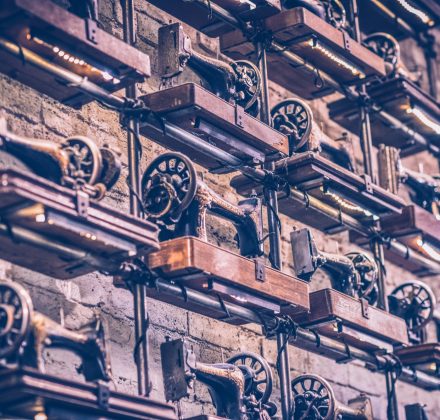 Why Can’t You Automate Everything? Humans’ Vital Role in Systematic Investing

Artificial Intelligence has been the subject of much hype in financial services, from robo-advisers to the world’s largest asset managers.

Winton’s rigorous collection, scrubbing and organisation of data underpin our application of the scientific method. 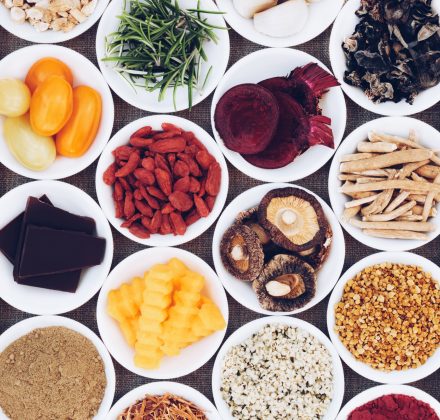 The Free Lunch of Portfolio Diversification

“The only free lunch in finance” is a phrase coined in the 1950s and used often today that refers to portfolio diversification. Skill is required to capitalise on its powerful effects, however.